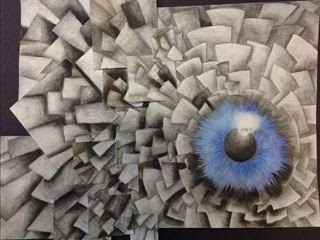 Congratulations to 9th grade student Ellie Fish for placing 3rd for her piece submitted to the Academic Rodeo Contest in November!
Published January 6, 2017

Our CAMS One-Act Play earned 1st place at the UIL One-Act Play district competition! We are proud of all of the actors, crew members, and alternates that worked so hard to put on a great production. The following students also won additional individual awards at the district meet:

The induction ceremony for the National Junior Honor Society will take place on Tuesday, January 17 at 6 p.m. in the Middle School cafeteria.
Published December 16, 2016

Congratulations to Kaitlyn Norris for her great success at All-Region band! She was selected as 1st chair in 1st band for the oboe. We are proud of Kaitlyn and all of the other band students who represented Cumberland Academy so well at All-Region band!
Published December 12, 2016

We would like to congratulate Justin Harris for successfully competing against over 70 other baritones to earn a spot in the Regional Honor Choir. His placements allows him to perform in a clinic and concert today at ETBU. Join us in congratulating Justin!
Published November 2, 2016

CAMS students' artwork is on display at the Tyler Museum of Art as part of the annual Dia de los Muertos Middle School Art Show. What incredible artists we have at Cumberland Academy! Click for a link.
Published November 2, 2016